The invitation-only event was held Oct. 1-3, 2019 and teams from only eight law schools from around the world were invited to participate. The Jamaican students competed against teams from England, France, India, Kuwait, Qatar, Singapore, and the U.S. The victory was especially impressive since neither the Norman Manley Law School nor its faculty teaches cyber law. Their coach is Hanielle Hines. 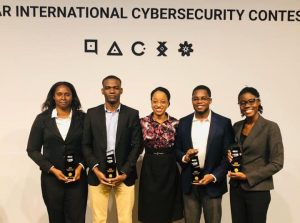 During the competition, students were given a hypothetical problem to solve involving cyberattacks committed against one state against another, by non-state agents. The students were required to utilize their knowledge and understanding of international cyber law to successfully argue issues that would be raised by such a violation.

A simulated International Court of Justice was convened to hear their arguments. The panel of judges was comprised of experts in international cyber-security law and the International Law Commission. Judges were Brigham Young University Professor of Law, Eric Jensen, and Sheffield University Senior Lecturer in International Law, Dr. Russell Buchan.

The Jamaican team defeated George Washington University in the semi-finals, allowing them to advance to compete in the finals. In the finals, they defeated the team from the University of California Los Angeles (UCLA). 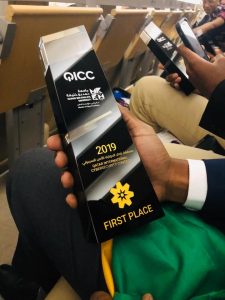 The issue of cybersecurity is one that has become increasingly important as countries and individuals test their ability to hold companies, medical facilities, essential utilities and services, and governmental entities hostage through ransomware. The team of Jamaican law students demonstrated their superior skills in multiple areas during the event and is destined for greatness on the world stage of the future.